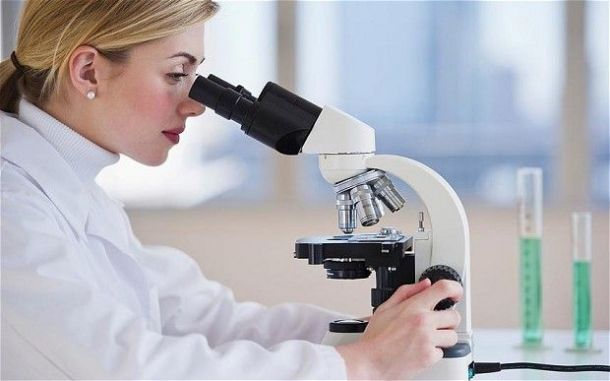 I will admit that I had never intended for this blog to be used as a soapbox, but I find myself becoming irritated by what I see and read in mainstream news; both local and national, print and online. The source of my ire is, quite unexpectedly, the word scientist.

Now, I am a scientist. I have both a Bachelor of Science and a Master of Science. I knew as a small child that I wanted to be a scientist and I feel very fortunate to have achieved it as a career. That being said, I am an Atmospheric Scientist, I am not a geneticist, an oceanographer, or a zoologist. I do not have the knowledge or schooling to any of there jobs just as they do not have the knowledge or schooling to do mine.  Looking through your major news sources however, you wouldn’t know this. Everyone across the entirety of scientific fields as labeled as simply “scientists.” Take a look at the screen grab below. Is the article referring to marine biologists? Probably, but it doesn’t bother to say.

Now this may not seem like much in this world of Ferguson and Ray Rice, and honestly it really isn’t. But my gripe is deeply tied to the reason I write this blog, to bridge an unfortunate gap that exists between the scientific community and the rest of society. This gap, which I feel was created by a general lack of emphasis on communication skills from those in scientific fields, is the intimidation and alienation many people feel when they are presented with scientific information.  What I try to do with Wildcard Weather is to present meteorological and otherwise environmental science information in a manner that most people will find both entertaining and easy to understand. I may not always achieve this, but it is my goal.

When science is communicated coldly, or sloppily, or with a political agenda, the facts get twisted. Good science is constantly ruined by bad communication. How many great theories or inventions never got to see the light of day because they were stuck inside brilliant minds that didn’t know how to share them? It is only through the effort to present your data in a form tailored for the audience can you truly get your word across. Today, in atmospheric science, that task is needed for climate change. Many fellow meteorologists will mock An Inconvenient Truth for scenes left the science for more of a human interest angle, but that movie was not for meteorologists. It was for the average concerned citizen, to whom the issue is less about the ppm of CO2 and more about the chance for droughts, stronger hurricanes, and rising ocean levels. Like many others, Al Gore wants all of us to view the issue together, without a knowledge gap.

So when I see the world “scientist” used in the article above, I get a bit perturbed. The constant use of the term creates a distinct boundary between the scientific world and the newsreader. I see a widening of the gap, I see the article telling me that “scientists” are separate people. They aren’t the reader and the reader could never be a scientist. “Scientists” are just people that know more than you and you have to listen to them, trust them, let them think for you. And whether this is the intent of the writer or not, many people get this impression. What happens is not surprising, people want to think for themselves and go rushing in the other direction. In meteorology there are climate-deniers and chem-trail conspiracy theorists, but I would point to evolution-deniers as well. To many in these circles the world scientist is reviled. We are liars or tricksters, trying to deceive the world for our own interests. This image can be greatly diminished if we could get better at sharing knowledge, not just telling it.

I’m not trying to pick on journalists or the editors who write their headlines, and I’m definitely not picking on other bloggers. I’m not even claiming that I’m not responsible or haven’t been guilty of this myself. (Go ahead, check older posts, its possible I’ve just thrown in “scientist” once or twice.)  I am just presenting an idea that may seem very small but I feel could really have a real impact on this gap between the scientific community and the rest of society. Put their real titles in the articles. Make them people. Make scientists your neighbors again, your family again, your friends again. Make it a job a kid reading the article might want to look up and strive to go to school for. When you bother to include correct position, you not only give the story more credibility, but you remind the audience that there are real, well-meaning people performing the research.

The boundary between the scientific community and the general public needs to be closed from both sides. Proper communication is key. I can already see a generation of young scientists who are making a point of learning proper communication skills. On the other side, media is making an effort to promote science in new and widely-appealing formats like the rebooted Cosmos. But there is still more we can improve, and news journalists needs to be aware of the damage they are doing to the causes they may be trying to support.

So if I could ask one thing from you, let it be this. When you see the word “scientist” used so broadly, so lazily, ask what type of scientist the author was referring to. Make them remember to include the real title. Its a small part of a big campaign to bring scientific knowledge and tolerance to everyone.

Alright, time to get off my soapbox. Thank you all for reading Wildcard Weather. I will leave you with two quotes from the great Carl Sagan; a warning and a truth about all of us scientists that I hold very dear.

It is sometimes said that scientists are unromantic, that their passion to figure out robs the world of beauty and mystery. But is it not stirring to understand how the world actually works — that white light is made of colors, that color is the way we perceive the wavelengths of light, that transparent air reflects light, that in so doing it discriminates among the waves, and that the sky is blue for the same reason that the sunset is red? It does no harm to the romance of the sunset to know a little bit about it.

Search older posts or a topic

RISEPRO Weather Wireless Station, of course you want the pro; you wouldn't get your info from the amateur.

As an Amazon Associate I earn from qualifying purchases.

Also check out searchthebirch.com to find and compare other great deals.